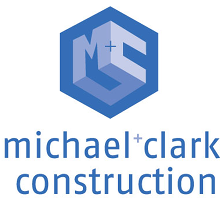 These regulations will be reviewed, updated as needed, and approved every year at the spring general meeting.

The captains of each league team will be elected at the Spring General Meeting by the membership.

The following officers shall be appointed by the executive committee:

The Executive Committee shall consist of the President, Vice President, Treasurer, Secretary, and Club Manager.

For away games the club will try to organise drivers, and credit designated drivers $40 for driving.

Members choosing to drive on their own will not be credited.

Any other expenses paid must be approved by the executive.

Membership dues are not refundable, except at the discretion of the Executive Committee in special circumstances.

Every member should expect to prepare tea at least once during the season, and will be credited $50 for this.

In some cases there may be a match fee assessed to cover extra expenses (for example a bigger tea).

Non-members will be expected to pay $20 per game, in addition to any match fees.

HDCL team members are expected to be available for every scheduled match, unless the captain has been informed of their non-availability 1 week in advance.

For league matches, the coloured team uniform must be worn. For all other matches, cricket whites are required unless otherwise specified.

Members who are dissatisfied with the operation of the club, or who are having personal conflicts with another member in the club, should take the matter to the vice president.

The HDCL team will be chosen by captain and vice captain, and announced before Monday 6pm. Any HDCL team members who are not selected may make themselves available for the UFCL team.

The UFCL team will be selected by the captain, vice captain, and one other as appointed by the executive committee.

Players are expected to make themselves available before Monday at 6pm. If an availability is tentative, please discuss with the captain or vice captain. The selection committee shall pick the best team it can from these players, balancing where possible with giving all members fair access to games.

Sometimes the ability to be a driver may need to be a factor in selection for away games.

Members are expected to conduct themselves in a manner that will enhance the reputation of London Cricket Club and of Cricket in general, both on and off the field.

Players will show respect to each other, to the other team, to umpires, and to spectators. Players must at all times, without dissent, accept the decision of the umpires.

Players should arrive at the ground at least 20 minutes before the scheduled start of a match and be dressed to commence play on time. Appropriate kit and dress should be worn during games.

For home games and practices all players are required to prepare the field prior to and clean up at the conclusion of a game i.e. the placing of mat, stumps, boundary markers, scoreboards and numbers, crease markings, etc, making sure that the team equipment is properly used and stored.

Disciplinary issues will be resolved by the disciplinary committee. Disciplinary action may include fines or suspensions.

Members are asked to ensure that the Club’s facilities are not abused, and that nothing is left behind after club events, including equipment, clothing, and trash.

All members and anyone playing for the Club are bound by the Club Disciplinary Rules and shall conduct themselves accordingly.

Unsatisfactory conduct shall include, but not be limited to: